Camille Intson, also known as “Camie,” is an award-winning queer/femme multidisciplinary artist and practitioner-researcher. Her prize-winning writing, conceptual art, alternative folk music, and performance work has received international attention and critical acclaim. Camille’s work has been developed, produced, and/or supported by The Grand Theatre London, Theatre Aquarius, Pat The Dog Theatre Creation, NNPF (2017 winner for Road), the TAP Centre for Creativity, the Ontario Arts Council, Theatre Ontario, Alumnae Theatre, the Paprika Festival, and the Hamilton and Winnipeg Fringe Festivals. A graduate of the Royal Central School of Speech and Drama (London, U.K.) and Western University’s Faculty of Arts and Humanities, she is currently working towards a PhD in Information, with collaborative specializations in Sexual Diversity Studies and Knowledge Media Design, at the University of Toronto’s iSchool. Her latest solo record “troubadour” is an emotional tour de force with poetic lyrics of epic proportions. It’s an album that gives Homer’s The Odyssey a queer re-imagining! With an unapologetic voice, Camille weaves a story we can’t help listening to, as if she were touched by the muses herself.

How would you describe yourself as an artist?

I describe myself as a multidisciplinary performance artist and practitioner-researcher, though solely in the context of my music I identify myself as an alternative folk singer/songwriter. I work across a wide range of mediums, including playwriting, intermedial performance, and music. Multidisciplinarity is integral to my practice as an artist, and to my being in the world. I always joke that if the self were a bath, it would be overflowing; I’m an artist who embraces multiplicity and fluidity between forms, styles, genres, and mediums.

In another interview, you mentioned that you like to “take my listeners on a sonic and poetic journey. I like creating ethereal worlds for people to swim around in.” When did you know that troubadour was a universe you wanted us to dive into?

Making troubadour was less of a choice and more of an impulse. I made the EP about a time in my life in which I moved abroad, did a bunch of solo travel, fell in and out of love, and moved through vast physical and emotional landscapes in a pre-pandemic world. When I came home, I was really lost, heartbroken, and lonely. During the following winter (2020-2021) of near-complete isolation, I soothed myself with thoughts and memories from my year in Europe. Quite honestly, I was dying to tell someone — anyone — about all the things I experienced in that monumental time away from home, but no one was around to listen. So I started writing songs about them instead, and those songs would make up the ambient, cinematic universe of troubadour. Releasing the EP was like therapy to me; it felt like the ‘world’ of the record emerged naturally. Those songs are just deep dives into my feelings, desires, passions, and fears. They’re quite revealing, and I wanted their listeners to feel intimate and vulnerable along with me. I wanted to tell them my stories and show them my inner and external worlds. And I think I achieved that! I guess my simple answer is that the music was bred out of loneliness. As soon as I wrote those songs, I knew that I wanted other people to experience them.

What drives you to folklore and mythology? Which stories are your favourite?

On this record specifically, there are references to seminal works of Western literature which “haunt” me as I travel through Europe; the first song is named ‘odysseus’ after the titular character in Homer’s Odyssey, and there are other references to things like Dante’s Inferno and the Greek goddess of memory, Mnemosyne. Admittedly, I’m not a classicist. I don’t have an affinity for the ancient Greeks. I’m more interested in mythology and folklore as a concept — what do these things do to us? How do they act on us? Storytelling is such an integral part of our society, of our culture. We tell each other stories to create community, to bond people together, to try to overcome various individual and collective traumas. But stories can also be violent, they can erase and appropriate the experiences of others, they can be tools of colonization and cultural genocide. Stories can also draw literal and metaphorical blood. So a lot of the focus on storytelling and mythology within troubadour is intended as ironic. My projection of myself into Homer’s Odyssey is tongue-in-cheek; Homer’s Odyssey isn’t about a queer woman going on a sex romp through Europe, but mine sure is! For me, those references are about acknowledging the ghosts of the continent that I was travelling through, and telling my own stories (again, ironically) from their ashes. The intention is playfully serious. I don’t know if I have any favourite folklore-type stories, but two of my favourite works are Derek Walcott’s Omeros and Virginia Woolf’s Orlando — I believe that both of these texts speak to the things I’ve mentioned above.

What’s your creative process like with songwriting versus playwriting? Does inspiration strike you in different ways for each genre?

I recently spoke with one of my favourite artist-educators in Toronto, Tanisha Taitt (the current Artistic Director of Cahoots Theatre Company), and she described the difference between writing plays and songs so perfectly — it’s stuck with me ever since. She said that plays were like “please come and share in some of my thoughts and feelings”, whereas music is like “please come and walk around inside of me.” And that’s so accurate! My plays oftentimes derive from intellectual interests, or from questions I have about people/the world. My songs are like, “here I am, here are my naked feelings and impressions of things.” I tend to write my songs very quickly, just to get everything I want to say at that moment out on the page. Plays, on the other hand, take a lot more time — years of tweaking concept and development. It’s like they exist in wholly different parts of my brain, but I feel like everything I do is thematically entwined, even in the weirdest of ways.

What’s a lyric or song that you’re most proud of?

My favourite song on the EP is track five, ‘a river in winter / mnemosyne’, because I love the traditional folk melodies infused with contemporary sonics. I also really love some of those lyrics: “And she’ll slip, time to time, through the landscapes alive in my mind”, [to Mnemosyne, the goddess of memory] “Oh, you birth all the muses and play all the blues in my mind / It’s dark in the land I remember, I’ve left it behind”, “I remember it well, the last time I sang prayers to the geese and they hissed at me.” I also love ‘the rover’, the 7-minute finale about my return home. “I left my best love right on Cavendish Road in the morning / and I woke in my homeland and slept in the evening sun / Oh, I’ve run.” Oof. I’m proud of the whole conceptual framework of the album! None of those songs exist in isolation; I’m proud of the journey they take their listeners on.

Before you wrote troubadour, you went on an odyssey to explore Europe. If you could go on a trip with any three singers, living or dead, who would they be and why?

Easy. My Holy Trinity of female singer/songwriters: Joni Mitchell, Fiona Apple, and Kate Bush. Blue and Turbulent Indigo, Fetch the Bolt Cutters, and Hounds of Love are my favourite albums of all time. I’m not sure how the bunch of us would get along as travel companions, lol, but imagine the conversations.

Where do you hope your journey will take you in the future? 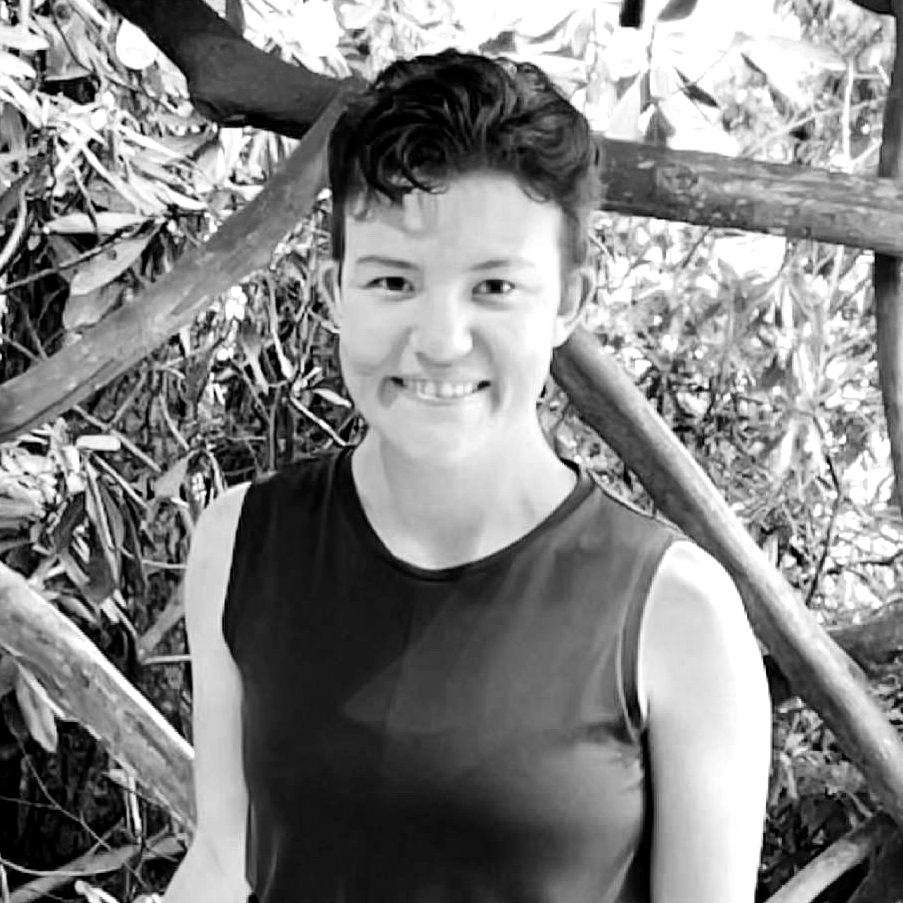 Lara Boyle
Lara Boyle is a Jewish, autistic, lesbian writer. She studies Creative Writing at Queens University of Charlotte. When not writing, she can be found reading or playing with her big red dog, Boomer, who failed service dog training because he loves people too much. Her work has been published in Lesbians are Miracles Magazine, Moonchild Magazine, Herstry Blog, Signet Literary Magazine, and more. You can find her on Instagram @lara.crb15 and on Twitter @laraboylewrites.