Is it self-aware? Or self-obsessed?

Many aspiring novelists are warned not to tell stories in which their main protagonist is a writer. Mark Twain once said, “Truth is stranger than fiction,” but does that mean anyone wants to read three hundred pages about how difficult it is to put words on a page when you’re privileged enough to do so for a living? The writer is a powerful observer, a tortured artist, and a complex character. Reclusive writers like J.D. Salinger, who notoriously suffered from post traumatic stress disorder and lived in a cabin in the woods, where he cut himself off from society and his readership, and Sally Rooney, the young Irish novelist who wrote the phenomenon Normal People and is frequently celebrated for her young age, despises fame. Both have become mythologized by readers due to the paradoxical phenomenon of well-deserved prestige and fame at the cost of their mental health.

Others crave the same popularity but face obscurity. And some, such as Ernest Hemingway, romanticize their own lives through their fiction, only to have us question the distant reality of such adventures decades later.

Unpublished writers possess the qualities of a great narrator: a persistent desire to achieve a goal, an external and internal conflict to prevent them from obtaining it—usually both—and the means to try to beat the odds stacked up against them—be it the literary agents who keep rejecting their novel, their romantic rivals, or themselves. We lament to the world about our struggle to write, yet a small narcissistic part of ourselves believes that beneath the turmoil lies a hidden genius undiscovered by the rest of the world, desperate to be found. We fear failure, yet are all secretly convinced that we’re going to make it out there, that it is going to be our book on the bestseller lists, with the million dollar debut deal and the book club pick and the shiny award on the cover. We see ourselves going on tour around the world to crowds of screaming fans like we’re Mick Jagger in a Rolling Stones concert. We claim that our short stories and novels and poems are so terrible they shouldn’t have been written all while secretly hoping to be proved wrong by a future in which we are declared the most talented writers of our generation.

I would know, I’m one of them. And no matter how exposed I feel after, I love to read about writers just like me. That is, if it’s done well. The writer offers authors a chance to pour their frustrations, their fears, and their passions into a character that mirrors their own life. However there’s a line to tow between vanity and a valid expression of the human condition. When I pick up a book about a writer, I look for evidence that their career as a wordsmith serves a greater purpose to the story than to fuel the author’s ego. How does it propel them to look at the world differently or change by the last chapter?

The writer offers authors a chance to pour their frustrations, their fears, and their passions into a character that mirrors their own life.

In this list, I’ve compiled my favorite novels about writers in every genre from romance to horror to psychological suspense. As a writer in my twenties who has yet to write or publish a book, despite it being my New Year’s Resolution for the past seven years, I’ve found myself within the pages of each of these literary tales. It’s comforting to know that in many ways, we are all part of the same story about the writer desperate to tell stories in a world determined to keep them from using their voice.

Stephen King’s cult classic Misery follows a famous novelist who is kidnapped and held hostage by his number one fan Annie Wilkes, a reader determined to make him rewrite the ending of her favorite book series by whatever means necessary. If you haven’t read this novel yet, go do yourself a favor and pick it up from your local bookstore, where the king of horror most likely has his own section. I read it in one sitting on the plane ride to Oxford back in 2019 and haven’t stopped thinking about it since. Although Paul Sheldon, the main protagonist, definitely resembles his author’s fame and dedication to the craft, he has a mind (and pen) of his own. King excels at building tension through his protagonist, Paul Sheldon’s inner monologue. His stylistic use of flashbacks and sensory details create a fast-paced suspense story that’s impossible to put down.

Annie Wilkes acts as an unhinged, mentally-ill female antagonist who is always one step ahead of her favorite author. Personally, I would love to know what was going on in her perspective, especially if it was written by Ottessa Moshfegh, but we see plenty of her internal character revealed through the constant external action. The novel appeals to the fears of the writer and lays them bare throughout the story in quotes like this one: “Writers remember everything, especially the hurts. Strip a writer to the buff, point to the scars, and he’ll tell you the story of each small one. From the big ones you get novels, not amnesia. A little talent is a nice thing to have if you want to be a writer, but the only real requirement is that ability to remember the story of every scar.”

2. The Plot by Jean Hanff Korelitz 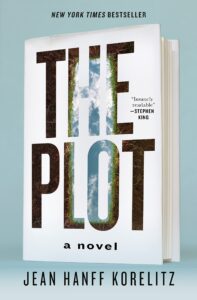 The Plot won me over with its epigraph: “Good writers borrow. Great writers steal. – T.S. Elliot (but possibly stolen from Oscar Wilde.)”

The most fascinating aspect of this novel to me was the way it fully engrossed the reader into the psyche of a writer. Jacob Finch Bonner, once the promising author of a “New & Noteworthy (The New York Times Book Review)” novel, The Invention of Wonder, is now a washed up, low residency MFA professor who is convinced all of his students will fail like he did. However his bitterness worsens when his student Evan Parker, a cocky young writer, comes into his office and boasts that the plot of his first novel is so good it will guarantee him an instant success. The book will win prizes and top the best seller lists. He’ll be on all the morning talk shows and read in every book club across the country. Anyone would be quick to dismiss his boasts as a result of an inflated ego.

However, after he reads the first draft of the manuscript, Jake realizes his student was right and fears Evan Parker’s success will be the nail of the coffin for his own literary future. But when the student dies without ever finishing the novel, Jacob decides it’s his duty to tell it. Then a remarkable thing happens: all of the claims his pupil had made come true under his name. He’s incredibly famous and a household icon. Despite his rampant paranoia about what he did, no one suspects that he is guilty of any crimes. . . until he gets an email from an unknown source with a frightening claim: You are a thief.

What follows is a brilliant, fast-paced deep dive into the role of plagiarism in literature. It perfectly captured every emotion I’ve felt about writing and put it into words. But reader, if you’re a writer yourself, then be warned, this book will keep you up at night. 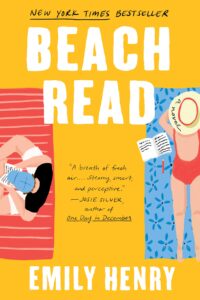 Fans of romance and fiction alike will delight in the honest, witty love story in Emily Henry’s Beach Read, which follows two longtime rivals—January Andrews, a best-selling romance writer who no longer believes in love, and August Everrett, an acclaimed fiction novelist who is out of ideas.

Their solution? Swap genres in a summer challenge where she’ll take him on a rom-com inspired field trips and he’ll teach her how to find the meaning of life. She’ll write the next Great American Novel. He’ll pen a romance that will make his serious readers swoon.

This love story is wildly original and literary, with a character-driven narrative that explores hate, grief, jealousy, and creativity in an enemies to lovers setup which subverts our favorite trope with the scenic background of Lake Michigan. If you’re looking for the perfect beach read this summer, look no further. Emily Henry delivers.

4. Writers and Lovers by Lily King 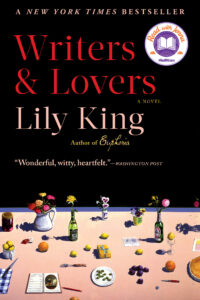 As an aspiring author in her twenties, this is exactly the kind of the book I needed to read. Writers and Lovers is a poignant, precise, novel about Casey Peabody, an aspiring writer navigating adulthood amidst the death of her mother, unexpected love, and her persistent goal to grow in her career while struggling to write her debut novel. The book is set in Cambridge, Massachusetts in 1997 and fully immerses the reader into its rich setting through Casey’s office and her daily dog walks in the park.

Until this book, the narrative of the struggling young writer appeared to belong exclusively to white men. Men were allowed to struggle without being seen as lazy or failures or unproductive. In fact, their constant suffering during the creative process only seemed to add to their end product, as though they were somehow inherently more worthy of success because it hurt.

I loved the way this novel was unapologetic in its honesty about the writing process in all of its glory: from imposter syndrome to self-doubt and fear of being vulnerable on the page. It made me feel seen and heard. I encourage anyone who writes to read this: Lily King brought a timeless, realistic, and feminist revision to the romanticization of the tortured artist.

5. Hell of A Book by Jason Mott 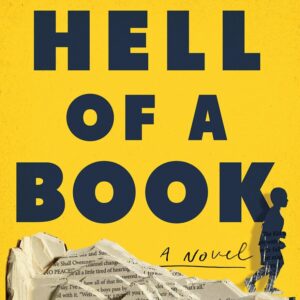 Jason Mott’s Hell of a Book is a genre-defying novel about three different narratives. The first follows an African American novelist on tour for his latest best-selling book. The second goes back into the past to introduce us to the narrative of Scout, a young black boy in a small southern town. And the third tells the story of a fascinating figure called The Kid, who may or may not be either a ghost or imaginary.

Mott touches on the reality of being black in America and the ways in which the stories we are told shape who we are and who we become. I finished his book in two days and recommend it to anyone who loves narratives that break the fourth wall with prowess and beautiful, funny, and necessary prose.

Summer reading offers us a chance to escape into another world, so why not enter the literary landscape of the writer? In these books, you’ll discover the frustration of writer’s block, revel in the joy of telling a story, and find love, death, joy, sadness, and fear wrapped up into timely tales about the human condition from those whose life mission is to write it down. 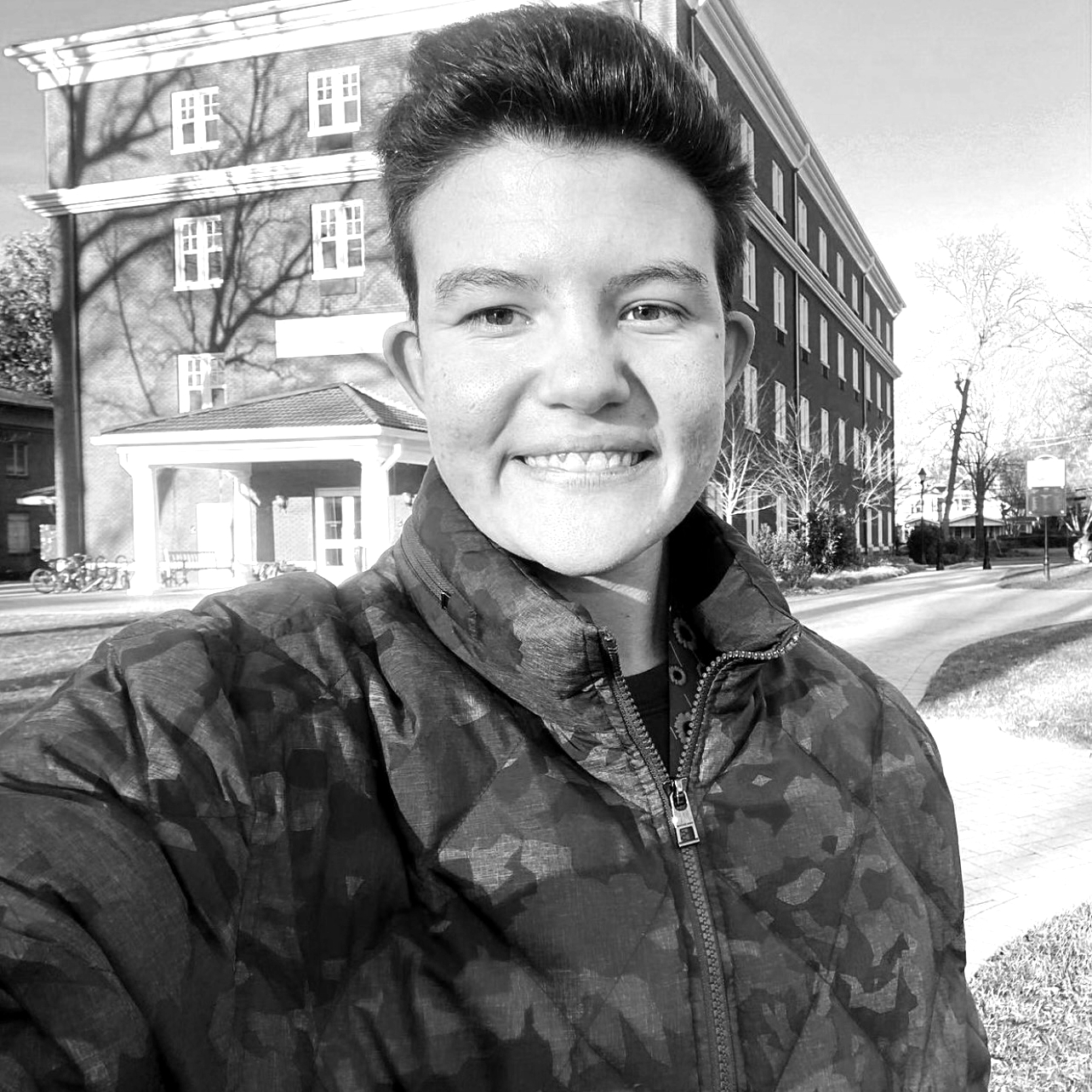