Hello :). Here’s a new series in my attempt to revive this blog where I’ll be discussing how I wrote a certain poem/prose piece of mine. I’ll be focusing on my poem “Fantasy” today, published in Four Way Review. You can read it here.

I wanted to write “Fantasy” after reading Shelley Puhak’s “The Fantasy Lives of Animals.” Instead of focusing my poem on animals, I decided to personalize it and focus on the speaker. In my first draft, written around the end of July 2020, I just wrote whatever fantasies came to mind. There were bad lines (which I eventually crossed out), acceptable lines (the ones I didn’t cross out), and questionable lines (ones where I went back in and tweaked or put a question mark next to). I haven’t exactly mastered turning off my inner editor when I write, so there are lots of scribbles and crossed out sections in my notebook.

When I finished writing the first draft, I realized the poem could be two separate poems. This doesn’t happen very often when I write, but when it does, it’s great. It’s like a buy one get one free deal, except you didn’t realize you were going to get one free, so it makes the surprise even better.

When looking at my earliest typed-up draft, I see that I opened the poem with “that the toilet never choked,” and I stuck with this beginning. However, if you look at my first written draft (two photos above), the line was originally “the toilet never got stuck.” While the original line may have sounded more “familiar,” I’m reminded of “Twenty-Two Poem Hacks” by Carmen Gimenez Smith, where she suggests to “revise toward strangeness.” Although “choke” may not be very strange, it’s a lot more exciting than “got stuck,” which also sounds a little clunky, compared to the hard, sharp “ch” sound. Last but not least, “choke” personifies the toilet, and you gotta get those literary devices in there somehow, guys.

A couple other lines that I ultimately cut were “that the shower always had hot water” (just didn’t like it) and “that every poem confessed.” “that every answer bloomed truth” became “that the truth bloomed from my mouth,” which I then cut. However, I kept the word “bloom” in the next draft (see line 10).

The third draft is really where the poem began to shape itself. I added a space after each line, not only to lengthen the feel of the poem, but so that the reader could mentally pause after each line and digest the poem more slowly. I wanted this poem to be a slow poem (you can hear that in the way I read it), one where you can take multiple bites in order to finish it, as opposed to engulfing it all at once.

The third draft is also where I began grouping together the fantasies. For instance, I paired the train and parking one together because they dealt with travel and the next three together because of the diction (“conquering,” “burying” and “wounds” all imply war).

When choosing the types of flowers to mention, I focused on sound and surprise. I didn’t want to use words that people were too familiar with, and I also didn’t want to use words I had already used before (at this point, I had sworn off “wisteria” because I used it in like three pieces already haha). I liked the “y” sound in “yarrow” and the crunchy sound of “snapdragon” (also, it has the word “dragon” in it, evoking a particular image). I chose “hibiscus” because it echoed the “s” in “snapdragon,” and the “b” sound is very close to the “p” sound.

I wrote “goodhuman” instead of “good human” because I felt the latter implied that goodness was just a characteristic slapped onto a noun. What I wanted was a person that was intrinsically good, where their soul/existence/the crux of their being was good and lovely and wonderful. I thought, perhaps I’d be able to illustrate that uniqueness by combining the two words together. Alas, the editors at Four Way thought it was a little out of place, which I understand, so I separated the words.

I ended on “I loved with all the doors unlocked” because it seemed the most beautiful, the most hopeful. I knew, when I wrote it, that this would be my ending line.

THE REST OF THE DRAFTS

I experimented a lot in the rest of the drafts. I changed the placement of lines, added in lines, took out lines. I changed the title to “Sunday Fantasy” but chose to stick with “Fantasy” in the published version. I organized the poem into a tercet (for more structure), then a single block (for a tighter feel and flow), but reverted back to the single lines with spaces in between for the reason I stated earlier.

At this point, there weren’t any giant structural/thematic changes. It was mostly a lot of fine-tuning, really focusing on each word and debating about whether or not I should add in “aster” to the flower list (the answer became no because I ultimately liked my set of three; I figured I didn’t need a fourth).

I took out “that I lay with my wounds” (it just didn’t fit, and I felt it wasn’t extremely strong) and changed “small births, smaller breaths” into “that I witnessed small births, smaller breaths.” I tweaked “bloomed” into “blooming” because the -ing ending implies that the action is happening right now, in the moment, as opposed to the past (-ed).

I added in a line at the beginning (“that the balloons never fled”) to further the whimsical feel of the poem. The line also fit because it played into the idea of movement/travel that the train and parking provided.

At this stage, I had a few friends look over this piece (thanks to everyone who did), and they made suggestions that I took, suggestions that I didn’t take. I think it was Dana who commented something about how “test” could be stronger in the line, “that I conquered every test.” I remember changing “test” to “wounds,” but that didn’t feel right either. I settled on “loss,” which connected nicely to the next line, “I buried every war.”

Something really funny that happened when I was showing the poem to friends was how some said that one doesn’t really “slide” into a dress (aka, wearing a dress isn’t that easy in real life). I still kept that simile, though, because I felt that it worked with the word “slide” (it implies something slippery –> ease). However, I’m wondering now if it would be better to change “slide” into “slip” to show even more ease.

I kept the line breaks natural, beginning a new line with every “and” and “that.” This made most of the lines fairly short, which is I wanted, since it contributed to the multiple-bites-of-the-poem aspect that I mentioned earlier.

One line I intentionally kept long was:
“that I witnessed small births,
smaller breaths: the yarrow and snapdragon, hibiscus blooming
at the stroke of spring.”

I took a page out of Richie Hofmann’s poems in terms of the line breaks here. He writes these really short, compact poems, and his line breaks reflect his attention to rhythm and musicality. I feel the evidence of Hofmann’s ear is most noticeable in a long line—it’s almost as if he’s drawing out the rhythm (see an example in his poem “French Novel”).

Another place where I broke the “rules” is in the last two lines:
“that no one flinched at my touch, and I loved
with all the doors unlocked.”

I didn’t begin push “and” to the beginning of a new line for two reasons:

1) Rhythm. Or, change of rhythm. I didn’t want my poem to feel too stale and draggy, especially at the end.

2) More meaning. Usually, I’d say “double meaning,” but then I realized it didn’t exactly fit here haha. But what I’m saying is that the first line, by itself, implies that one of the speaker’s fantasies is that she would be able to love. When you read on, the next line expounds on the former; the fantasy is not only that the speaker would love, but that she would love with “all the doors unlocked.”

Whew! That’s a wrap. If you made it to the end, thank you. You’re a real trooper, and I appreciate you. This was really fun to write, albeit it took me a couple of hours, but I hope you enjoyed it! If you have any special requests on which piece I should take apart next, let me know. 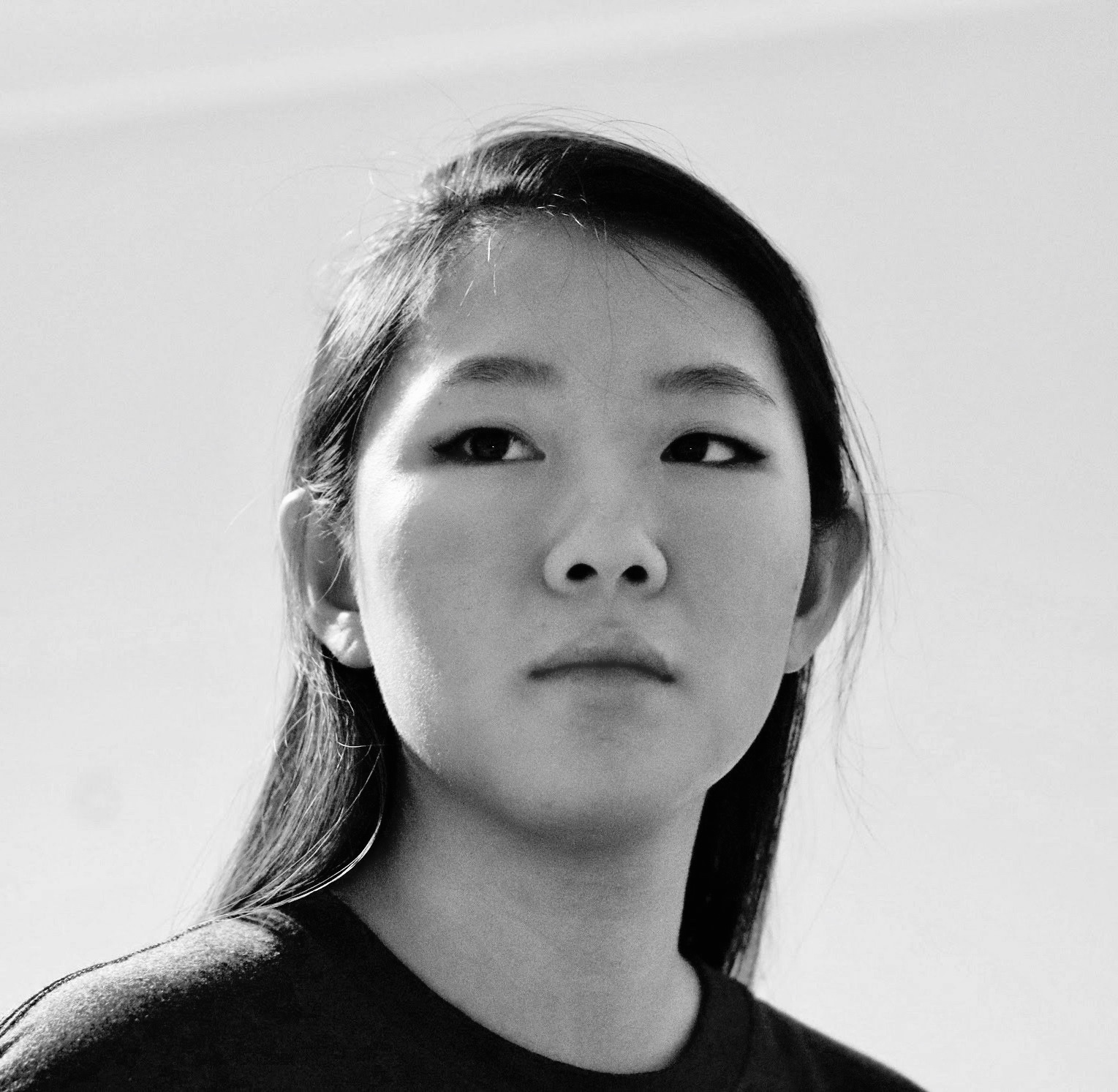 Grace Q. Song is a writer residing in New York. Her poetry and fiction have been published or are forthcoming in SmokeLong Quarterly, Passages North, Waxwing, The Journal, Cincinnati Review, and elsewhere. She tweets @grasoceng. You can read more of her blog at grasocengblog.wordpress.com.